Honduras: In the Eye of a Coup d'Etat

TEGUCIGALPA, Honduras (Aug. 7, 2009) -- Here I am in a city tormented by uncertainty. It is much more than a mere constitutional crisis. Far worse than a confrontation between rich and poor, or right and left. Honduras has become the epicenter of a political quake that has sent ripples far down the hemisphere and across the seas. And the epicenter is still rumbling. And the world has surgically chosen the consequences, all of them so far futile in restoring President Zayala to power.

You can feel the tension in the streets, many of them under the watchful eyes of military and security personnel, who ironically follow orders that will ultimately work against their own economic and social interests, and those of the millions of poor in this Central American nation. From heavily armed guards around the Presidential Palace, to soldiers patrolling the areas around the Congress, to riot police sweating in the heat in open squares, the city's political and military infrastructure is only pretending to function. Politically noxious graffiti stains the walls of churches, entrances to hospitals and government buildings. Banners condemning the coup-plotters lay abundant on streets. The working class simmers. The capital is tense, and its more evident than even locals wish to admit. Even in the upscale malls and in the plush neighborhoods like Las Lomas, you hear the whispers of fear and disharmony. And that's why I've chosen to come here, to see first hand what a political earthquake in a tiny country can do. It is not only a political theme central to my next novel, but I am fascinated by how the circumstances are playing out -- as if history has been wiped clean, as if this new leadership has shut its mind to a tainted past as it blindly thirsts for a return to center-right policies. 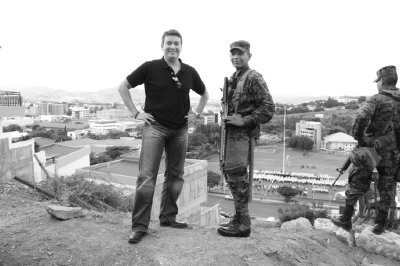 Above: Chatting with soldiers overlooking a ceremony at the Presidential Palace. 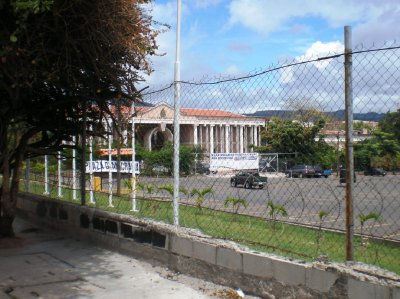 Above: The Presidential Palace. 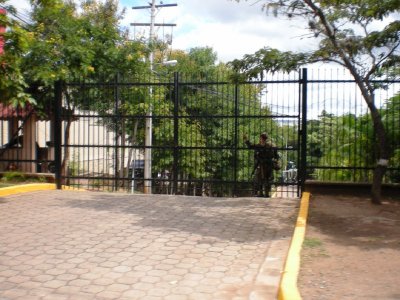 Above: Guarded gates of the Presidential Palace. 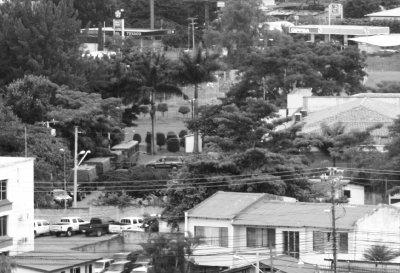 Above: Army and Special Forces trucks behind the Presidential Palace. 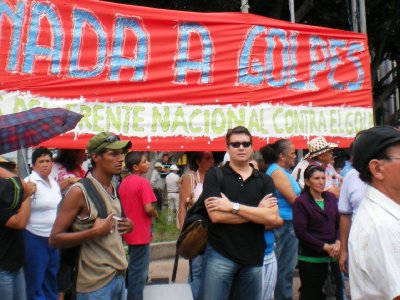 Above: I attended a demonstration in the central square in the old quarter of the capital. 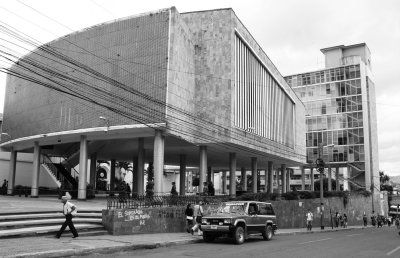 Above: The Congress building in the old town. 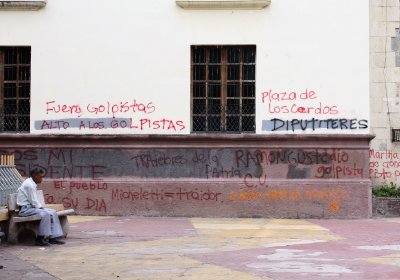 Above and below: Expressions of anger at the coup leaders. 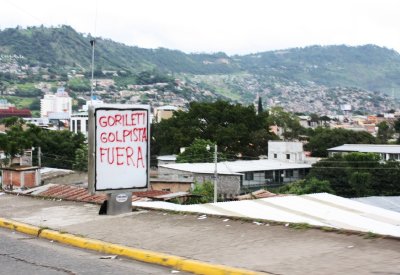 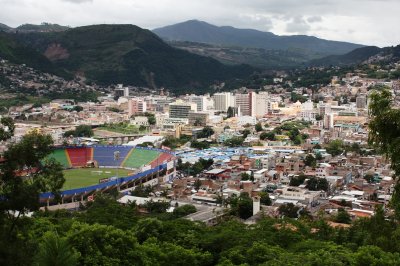 Above: The old part of the city and the national stadium.

So, unless I miss my guess. Your insight is that you have no real insight? The big news is that people in a country involved in a coup d'etat, is that people are talking about the coup d'etat? I am clearly missing the point. I apologize.

At any rate, take care in my fave country,