SAN MIGUEL DE ALLENDE, Mexico (May 21-24, 2010) -- I arrived in the central Mexican town of San Miguel de Allende, partly to research scenes for an upcoming thriller. San Miguel de Allende was founded in 1542 by the Franciscan friar Juan de San Miguel and remains one of the most well preserved examples of Mexico’s colonial past. In its prime centuries ago, the town was an important stopover on the Antiguo Camino Real, part of the silver route from Zacatecas. And it has a unique local vibe, different from other towns in the region, while it also hosts a growing U.S./Canadian expat community that creates its own community dynamic. And the well preserved historic center of town, with its splendid colonial architecture, offers many interesting venues to blend into a novel. 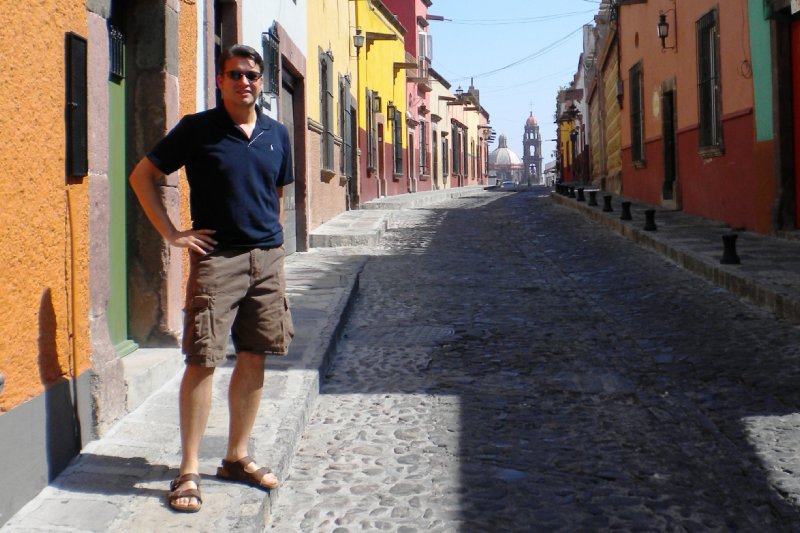 Photo above: Walking along the old cobblestone streets of San Miguel de Allende.

The two most impressive sites in town are La Parroquia (the Parish Church) and the Templo de San Rafael. Another important site is El Jardin, the main town square facing the church. In 2008, San Miguel was designated by UNESCO as a World Heritage Site, adding to its already well known historical significance. 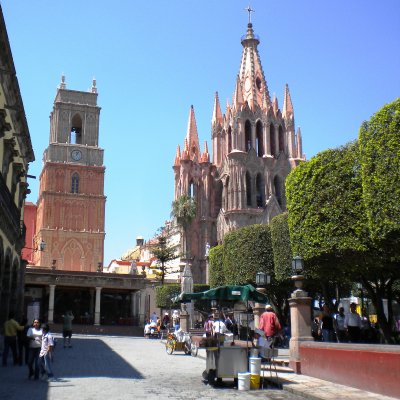 Photo above: The main parish church, La Parroquia, in the center of town, across from the main square commonly known as El Jardin. 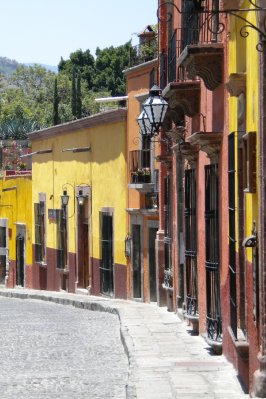 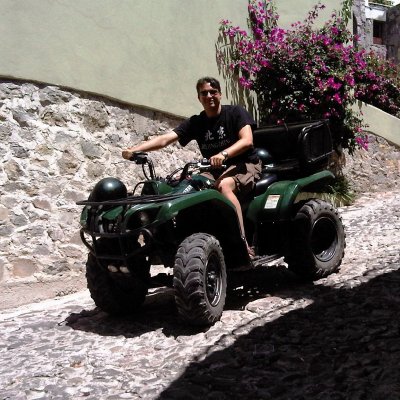 San Miguel de Allende is also one of the key sites in the Mexican Independence movement that began in 1810. In particular, it is the birthday of Ignacio de Allende, a captain in the Spanish colonial army who became one of the founders of the revolution. He fought along with Miguel Hidalgo y Costilla in the first stages of the struggle, eventually succeeding him in leadership of the rebellion. Following an ambush by Spanish authorities at the Wells of Baján (Norias de Baján) Allende, Hidalgo, and several other commanders were captured. Allende was tried and then executed by firing squad on June 26, 1811, before his dream of independence became reality. Today, the house where he was born, located at the Plaza Mayor, is a museum. 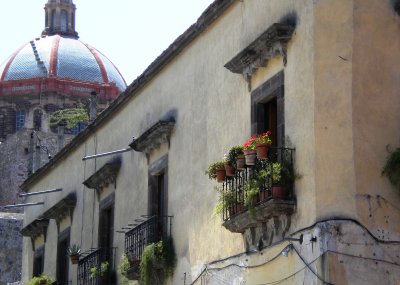 In addition to looking at the historical sites around town, I attended a bullfight in the Plaza del Toros Oriente. This was my first time witnessing this brutal entertainment. 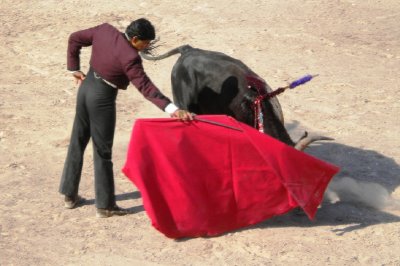