Tales from the Uruguayan Coast

PUNTA DEL ESTE, Uruguay (Jan. 6, 2008) -- So far it's been an unbelievably pleasant journey. After a couple days in Buenos Aires, I took the ferry to Colonia and then hopped on a bus to the Uruguayan capital, Montevideo, where I spend a couple days. After that, I drove to the "St. Tropez" of Latin America -- Punta del Este. It has all the glitz of its European counterpart, with luxurious villas, high-end stores, top restaurants and beautiful beaches, but it has a unique South American character. Indeed, it is a perfect vacation spot, which is why so many Argentineans, Brazilians, Chileans and Europeans come this way. So, it's at times difficult to remind myself that part of this trip is to scope out scenes for my book Where Spies Go To Die (perhaps I should rename it Where Gringos Go To Play). 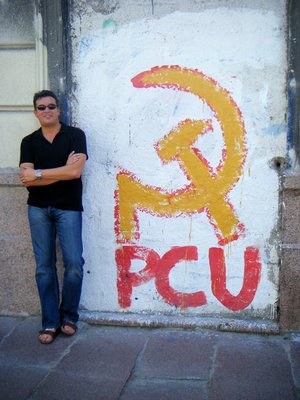 (above) Walking around downtown Montevideo on a quiet afternoon on New Years Eve. 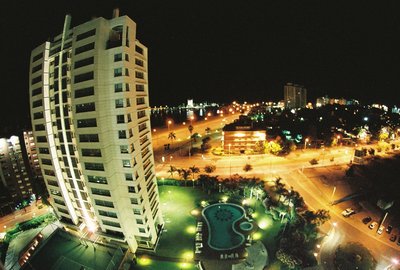 (above) View of Puerto del Buceo and the yacht club from the condo I stayed in that first night in Montevideo.

Punta del Este is definitely trendy. The nightlife too, with restaurants open till 4 a.m. and dance clubs till dawn, is abundant. With its modern infrastructure, cleanliness, order, safety, breathtaking residential architecture and expensive shops and cars, it offers a completely different picture of the continent than I had painted over my recent and past travels. 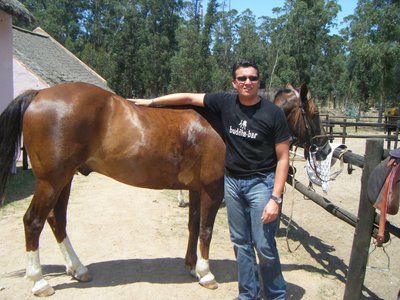 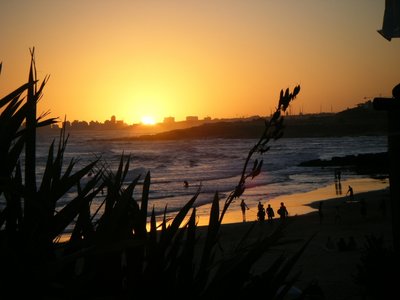 (above) Sunset over Punta del Este, viewed from the nearby chic town of La Barra. 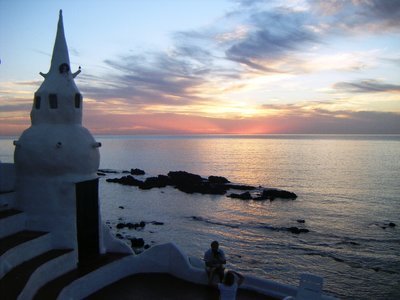 (above) Nearing sunset viewed from the Casapueblo hotel in Punta Ballena, a couple miles southwest of Punta del Este.

Heading North Along the Coast

But in many ways, the traditional Latin American features return once you leave Punta del Este. I headed north toward Rocha, past beautiful hilly terrain dotted with cattle farms. Further northeast, I visited the villages of La Paloma, Cabo Polonio and Punta del Diablo. 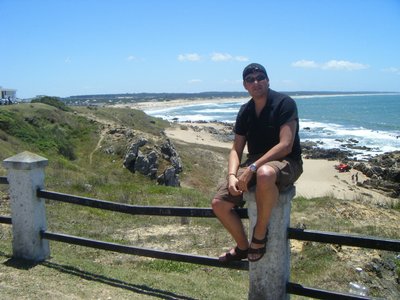 (above) A stopping point just north of the coastal town of La Paloma. 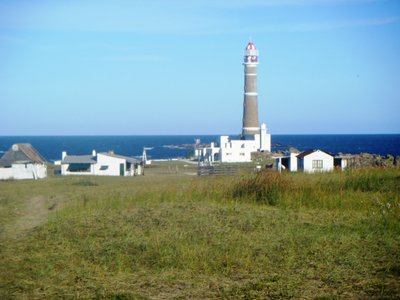 (above) The lighthouse in Cabo Polonio, a remote Bohemian coastal village that seems completely disconnected from the world. There are no cars, no Starbucks, no fastfood restaurants, no mass tourism, no highrises... A true paradise for those who want to escape. It also has no roads leading to it (though it is only about 7 km from the main highway). I reached it using a 4x4 truck service that crossed the dunes to get to the village. There is no electricity or running water for the few hundred residents of this town, and only a few of them have generators to power some of the posadas and groceries stores. The place is young, filled with many South American and European escapees, all of whom enjoy the seclusion and the Bohemian lifestyle. I must admit, it has its charm. The isolation and calm that you feel walking along the pristine beaches untouched by corporate developers pleasantly disconnects you from the world. It is featured in my novel as the hometown of one of the story's paid assassins. 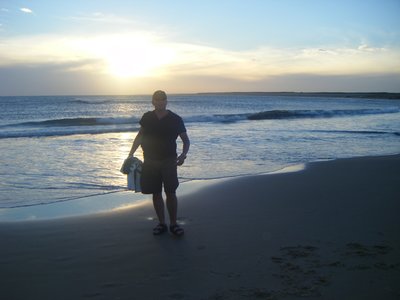 (above) A tranquil walk along the beach in Cabo Polonio. 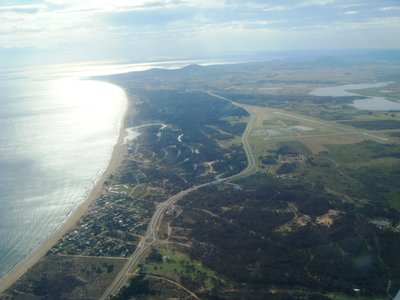 (above) The view from my window seat right after takeoff from Punta del Este's airport.