KRAKOW, Poland (Sep. 19, 2007) -- I needed some scenes from Krakow, Poland, for two novels that I'm working on, Red Vault and The Serpent’s Game. I flew into Vienna, spent a morning in the city to catch a chocolate-filled breakfast at the Sache and walk around the old town before zipping back to the airport for my connection to Krakow, the third largest city in Poland, situated on the Vistula River. I toured several sites in the city’s Old Town in search of scenes for my manuscripts, and I took an unplanned detour to visit Osweicim where the Auschwitz and Birkenau Nazi concentration camps are located (which I haven't yet decided how to incorporate into either book, if at all). 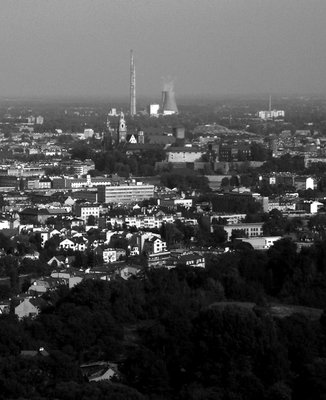 (above and two below) A view of Krakow from the top of Kościuszko Mound (Kopiec Kościuszki) in Kraków, a 325 meter high artificial mound modeled after the prehistoric mounds of Krak and Wanda. The height offers a panoramic view of the Vistula River and the city. 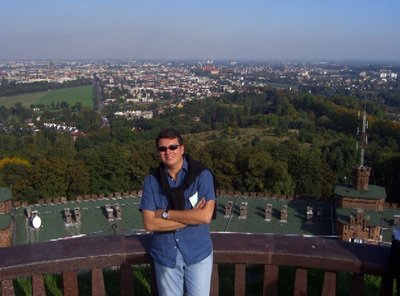 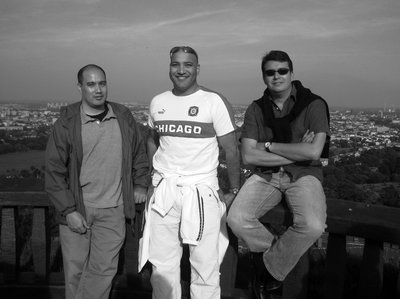 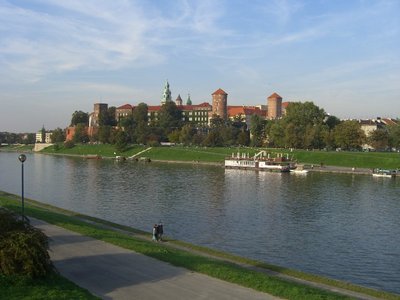 (above and below) Wawel castle sits on the Vistula River. 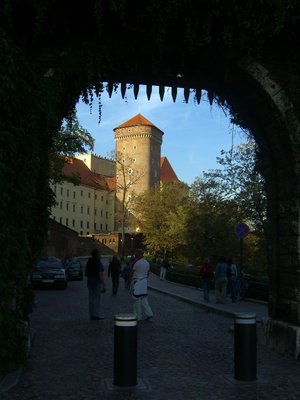 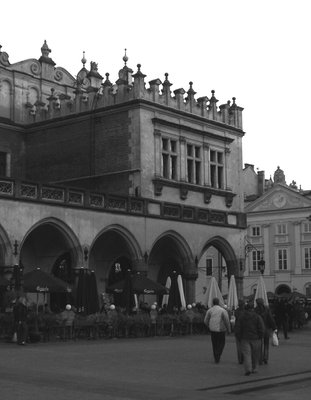 (above) Sukiennice (aka the Cloth Hall) in Kraków is one of the city's most recognizable buildings and was once a major trade center. It is located in the heart of Old Town, surrounded by cafes and restaurants and adjacent to the City Hall Tower and St. Mary's Basilica. 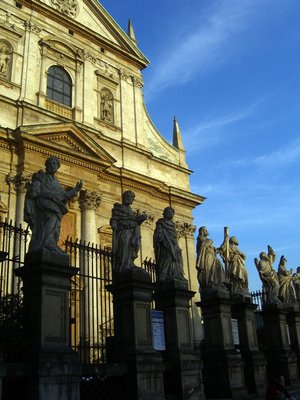 (above) The 17-century Baroque church of St. Peter's and St. Paul's at Grodzka street 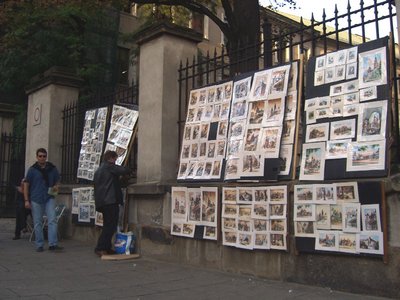 I also interviewed locals and scoured the city's outskirts for interesting venues, including churches, restaurants, markets, hotels, night clubs, as well as old cemeteries and synagogues in Kazimierz, Krakow’s historic Jewish quarter from the 14th century until the Second World War. During the trip, I was accompanied by two close friends, FBI Special Agent Bach Melick, a counter-espionage and counter-terrorism expert and former classmate from Loyola University School of Law, and my fellow Chicago lawyer/author Suhaib Ghazi. And to make the stay even more thrilling, we rented a three-bedroom luxury apartment walking distance from the historic city center. An amazing place indeed.

After a one-hour drive from Krakow, I arrived in the town of Osweicim for a grim reminder of the past: the Auschwitz and Birkenau concentration camps. The sites are open to tourists and they will shock you, whether you are Jewish or not. And let's not forget that Jews were not the only ones slain here. 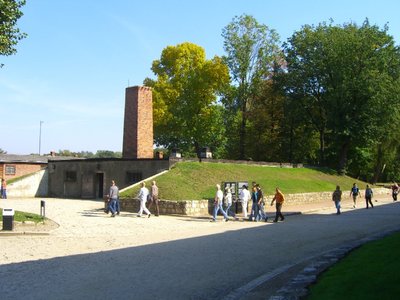 (above) The gas chamber and crematorium at the Auschwitz concentration camp, near Osweicim. 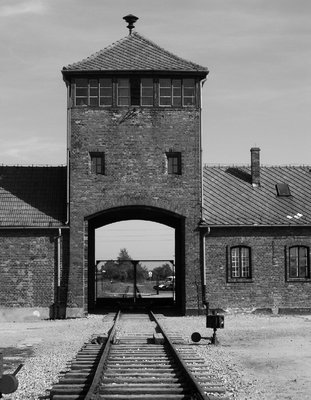 (above and both below) Birkenau concentration camp, near Osweicim. 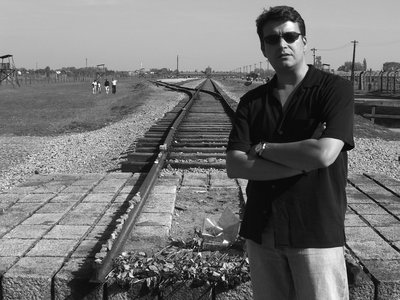 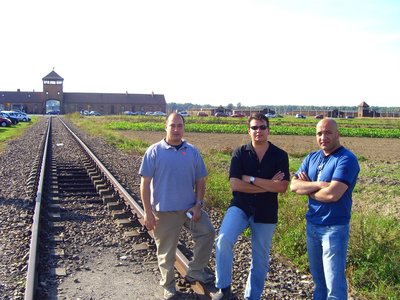