MOSCOW, Russia (Nov. 24, 2006) -- As most of my friends back in Chicago were preparing their Thanksgiving meal, I celebrated the launch of my latest spy thriller Tranquility Denied in the bustling Russian capital, Moscow. I connected through Madrid and arrived in the evening.

I was eager to return to Russia, to see the dramatic changes brought about by oil money. The luxury cars, the specialty stores, the traffic jams, the fashionably dressed pedestrians, and the infrastructure of the city center were all clues that prosperity had indeed arrived, belatedly, after a bitter ten-year struggle after the collapse of the Soviet Union. But it was equally clear from my ventures in the suburbs that wealth was not well distributed. And with a tight hand on power, President Putin and his entourage of political elites were securing a path for Russia not necessarily consistent with Western democracies. The future of this beautful and powerful country will be very interesting to follow and will continue to be among the preferred settings of my upcoming novels. 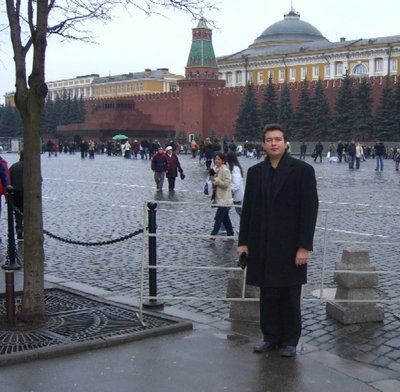 For the book launch, the reception was hosted by Anglia British Bookshop, Russia’s largest English language bookstore. Among the VIP guests attending the event were Russian hockey legend Vladislav Tretiak, currently a member of the Duma (the Russian Parliament) and head of the Russian Hockey Federation. Other VIPs included diplomats from the Swiss embassy and American, British, Dutch and French expatriates living in Moscow. Several local academics and avid mystery readers also attended. My presentation began with a reading, followed by a briefing on current U.S.-Russia relations, including the ongoing political tensions that are rivaling those of the Cold War. I also talked about my observations of Moscow, having studied at the law school of Moscow State University in 1996 and had returned in 1998. 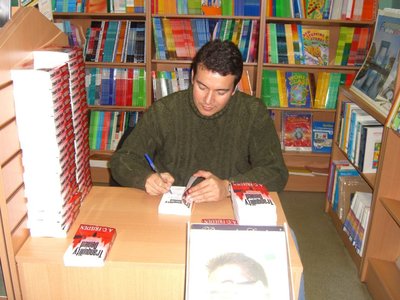 (above) Signing the reserve stock of books at Anglia British Bookstore 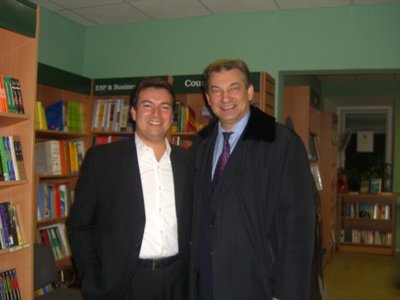 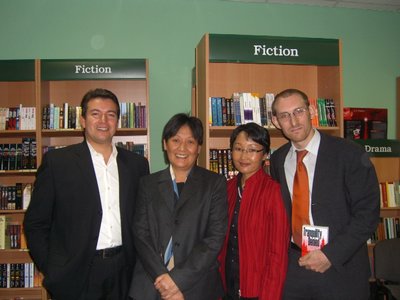 (above) In the company of the store manager and diplomat VIPs

Returning to this fascinating city gave me the opportunity to again see many of the sites where my novel's hero, Jonathan Brooks, went to, although my passage was far less turbulent than his! (I didn't get shot, nor was I chased by FSB hitmen or rogue CIA agents) 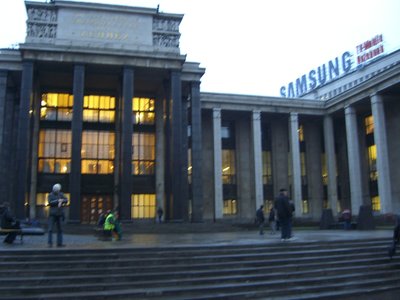 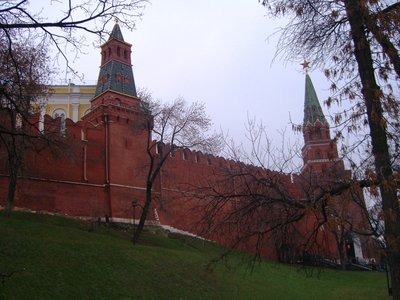 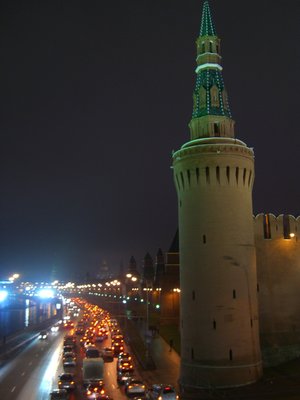 (above) The Kremlin's Beklemishevskaya Tower facing the Moskva river

See the press release for information.

Also, check out the book launch video, featuring a few clips from this trip to Moscow.