Research for scenes in an upcoming novel

COPENHAGEN, Denmark (May 24-25, 2009) -- I arrived in Copenhagen late in a day that started at nearly 7 a.m. at the Stockholm Central Station (my time in Stockholm involved little sleep to begin with). I'd taken the three-hour express train to Goteburg, rushed to the Aeromuseum for my Cold War-era research near the City Airport northeast of town, then raced back downtown and rushed to make my flight to Denmark at the Landvetter Airport on the other side of town. So, I was exhausted by the time I landed in Copenhagen, but since it was my only night there, I got my second wind by the time I got to the hotel -- my hotel room view of downtwon also added to my interest to explore the city. Although I had not originally included Copenhagen in my literary scenarios, I found a couple interesting sites that now I consider interesting and fitting for a part in one of my upcoming novels. 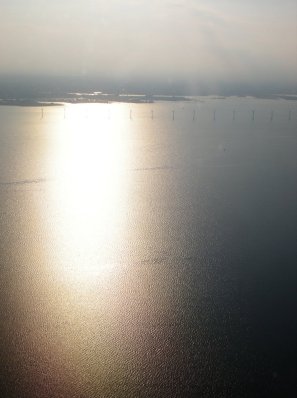 Above: View of the Øresund (the sound) and a row of wind turbines as my flight turns to final for Runway 22 at Copenhagen Airport). 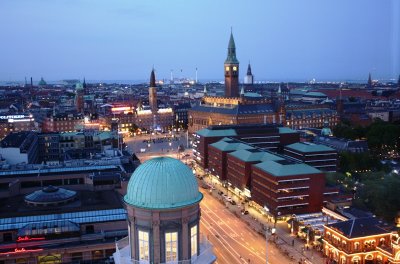 Above: View from my room of Vestebrogado Avenue and the Radhuspladsen square (City Hall square) in central Copenhagen. 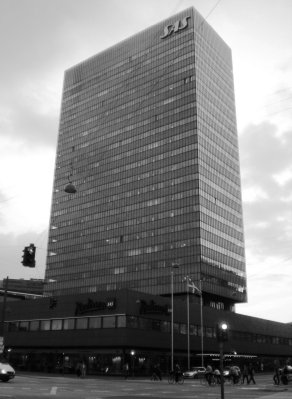 Above: Nestled in the heart of Copenhagen, luxurious Radisson SAS Royal is one of the most exclusive designer hotels in Northern Europe and a great example of modernist architecture. The entire hotel from the exterior facade through to the swan and egg chairs in the lobby have been designed by the renowned Danish architect, Arne Jacobsen. Opened in 1960, the 22-floor, 275-room hotel is an architectural landmark of the Jet Age and was Copenhagen's first major skyscraper. 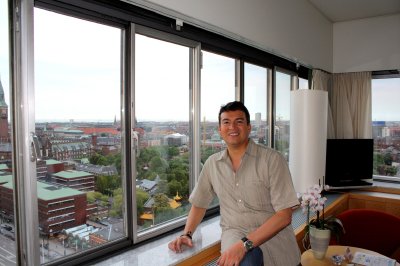 Above: The corner room 1611 is exceptional, offering splendid views of Copenhagen both by day and night. 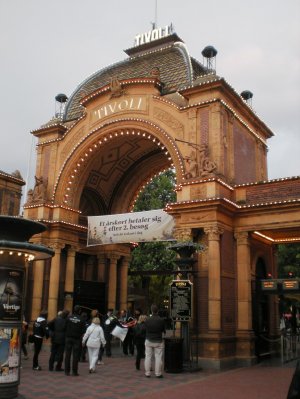 Above and below: Tivoli (or Tivoli Gardens) is the famous amusement park and pleasure garden in Copenhagen, Denmark. The park opened on 1843, making it the second oldest amusement park in the world (the oldest is also in Denmark). 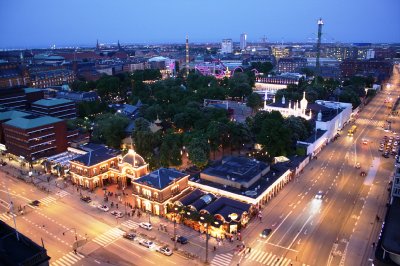 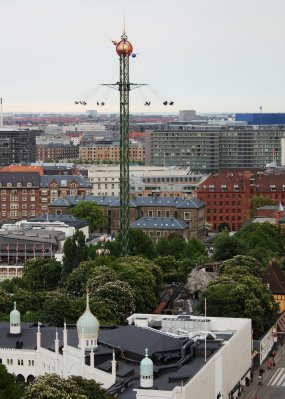 Above: Standing 80 m (170 feet) above ground, the "Himmelskibet" is the world's tallest carousel, giving riders in the 12 double-chairs a thrilling ride with stunning views. 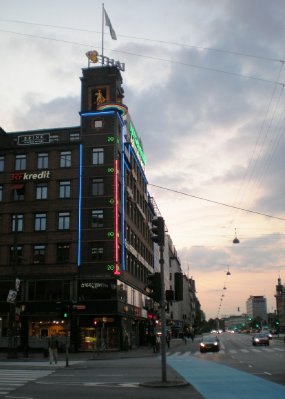 Above: Copenhagen City Hall (Radhuset) in Rådhuspladsen (City Hall Square) in central Copenhagen. It was designed by architect Martin Nyrop and was inspired by the city hall in Siena, Italy. Construction began in 1892 and was completed in 1905. 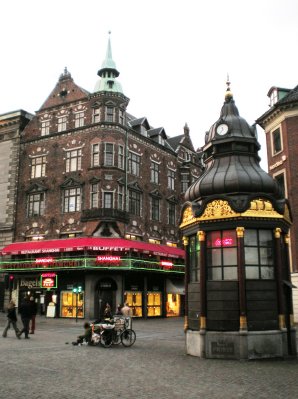 Above: A beautiful building in Nytorv square, along the Strøget, the city's long car-free, pedestrian shopping area. 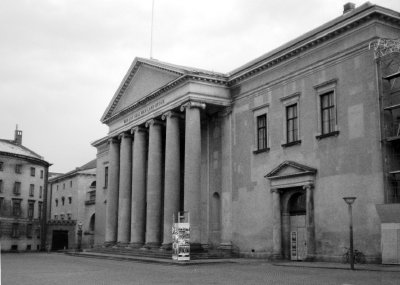 Above: In the same square is the Copenhagen Byret, the largest of Denmark's 24 municipal courts. The court serves a large part of the City of Copenhagen and Dragør and Tårnby municipalities, which total about 400,000 inhabitants. 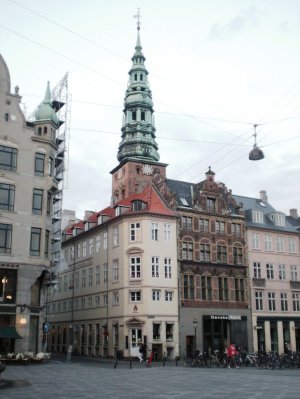 Above: One of the many beautiful buildings facing the Højbro Plads, one of the main squares in Copenhagen. The square is located at the east end of the Strøget, the city's long car-free, pedestrian shopping area.